Business Mocha > Self-driving vehicle startup Minus Zero raised $1.7 million as a part of its seed round. 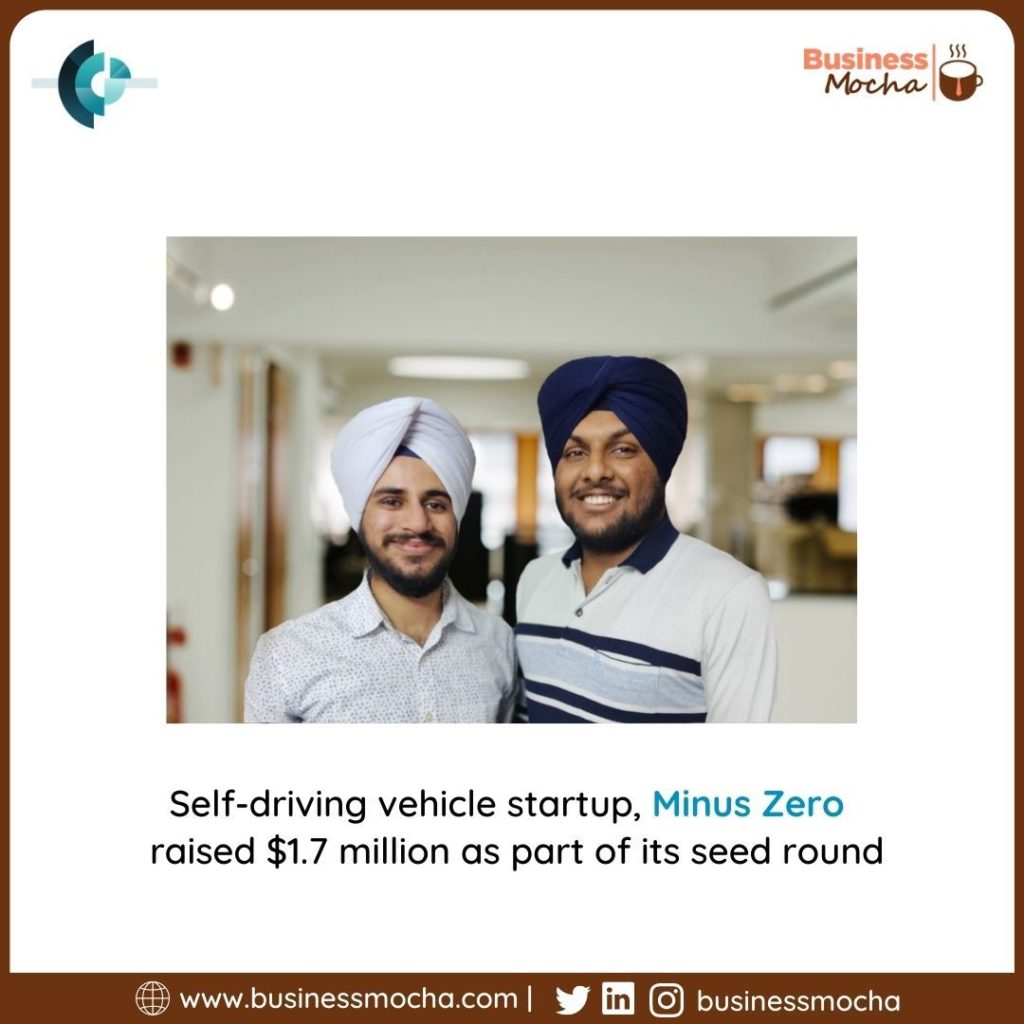 In India, this is fairly a new concept.

Owing to the different regulations, traffic congestion and guidelines, the self-driving vehicle market is still at a nascent stage.

Minus Zero is revolutionizing the Indian self-driving space.

Founded by Gagandeep Reehal and Gursimran Kalra, Minus Zero is India’s first startup building affordable fully autonomous vehicles in the country. These vehicles are capable of fully driverless manoeuvres in the world’s toughest unstructured and disorganized traffic scenarios, powered by proprietary nature-inspired AI that is less dependent on extensive data & costly sensor suite (like LIDAR’s, etc.).

Recently, the startup raised a seed round of $1.7 million led by Chiratae Ventures ,joined by JITO Angel Network, senior executives from NVIDIA, and Lyft amongst several others.

This makes Minus Zero, the first startup to raise Venture Funds in the self-driving space.

The funding will be used for building an extensive autonomous vehicle research and development, infrastructure and hiring more people to get its first vehicle out on the roads by late 2022 to early 2023.

“The problem of self-driving can be solved not by adding more complex sensors or petabytes of data, but by making the AI algorithms more intuitive allowing them to think the way a human brain works.

This is where Minus Zero gets a competitive edge.

With multiple patents in the pipeline, our proprietary approach towards self-driving mimics human intuition giving the software an ability to gain confident insights even with lesser data inputs.”

“Autonomous vehicles (AV) are no more a thing of the future and need to become a reality now. Emerging markets like India with difficult and unstructured driving conditions, the approach to AV needs to be novel and specifically tailored. The Minus Zero team brings a fresh approach to AV and build for mass adoption in entry and mid-level cars and emerging markets” said TCM Sundaram, founder & vice chairman of Chiratae Ventures

Minus Zero, still in its infancy, competes with global tech giants Tesla and Google. We can’t wait to see what more, Minus Zero has to offer.

To stay updated about more such stories, join our Linkedin Community where

you can share, learn and discuss the latest news in the startup sector.

Industrial Metaverse Startup, Fabrik raised an undisclosed amount in its seed round.