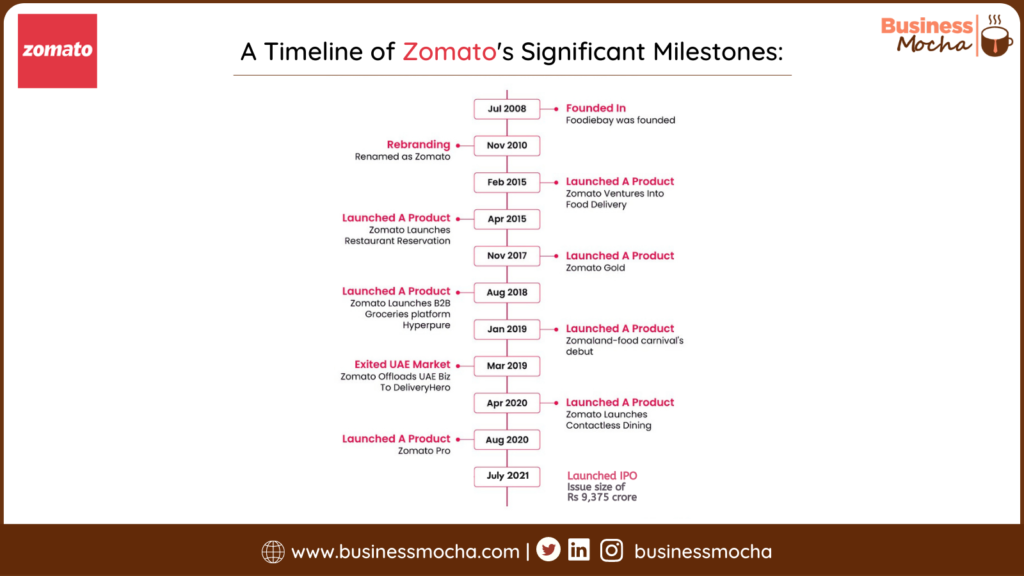 success story is worth knowing!

It all started back in July 2008 when the Indian startup ecosystem had just started shaping up, and only a handful of Internet entrepreneurs were active.

At that time, the two young brains, Deepinder Goyal and Pankaj Chaddah, launched a unique restaurant directory or a restaurant search service,

Foodiebay, which in 2010 was renamed as Zomato.

Zomato was undoubtedly the first player in the industry to unveil the concept of online restaurant discovery in India.

It has carved a unique, profitable business model for itself right from the beginning, which helped them sail through even during tough times,

including the period of 2015-2016, when the startup was experiencing significant losses.

Zomato was fortunate from the time it laid its foundation, as it continued to attract great attention from a series of interesting investors, who pumped in large sums of money and aided the expansion and growth of the company.

11 years after its foundation, Zomato took a big step towards public offerings in July 2021.

It is the first tech start-up from a truly digital IPO in India.

The issue is oversubscribed by more than 38 times in total and by 7.5 times by retail investors with an issue price of Rs. 76.

It sure has received a warm welcome to the market.

They also reported that while in 2020 the company’s loss was Rs. 30.5 per order; in 2021 they have successfully turned it over and has earned a positive profit per order of Rs. 20.5.

Zomato’s success story is not built on one pillar.

With Zomato leading at the front, do you think any other startup can

Shark Tank India fame, Growfitter raised $1M in a pre-series A round let by IPV

Striking the right chords, Hoopr gets backing from Ashneer Grover